A downloadable game for Windows and macOS

An indie game passion project made by one woman.

The pilot episode to an 3D puzzle-platformer adventure with a chills and thrills to keep you on the edge of your seat. After getting kidnapped by Ferace the skeleton demon, Mayfly's wings were ripped off of her. But with a sliver of luck, she was able to escape into a cave. Alone in the shadows, she has to find her scattered glass wings and return home.

This game is inspired by retro 3D adventure and platformer games from the 90s and early 2000s. However, Mayfly is not a hero, she can't fight. This makes your relationship to enemies much more closer to that of a horror experience. Be careful, and stealthy when enemies are around. But if enemies do hear or see you, Mayfly has a handful of useful maneuvers you can do to get you out of a pinch if you use them the right way.

- Intense bosses that really put your skills to the test. How will you handle terrifying titans knowing that you are too weak to fight?

- Items all over the place that you'll use to as tools to solve your problems. Just don't go trying to use them as weapons, that won't end well at all.

- Unlock your innate power as a Glasswing as you collect yourself, both literally and figuratively.

- A dark world to traverse, and uncover the mysterious lore of the Magdrol Factory.

- Make friends with spiders, just do it!

Message from the Developer:

One of the aspects of this game that I really wanted to be sure of is that it should be aesthetically pleasing. It's a very artistic and stylized game, and I tried to make it to where, almost every frame of the game should look like it could be it's own desktop background image. As such, in the games pause menu, you have access to a photography mode so that you can enjoy being artsy with your own compositions. I look forward to see what you make. Be creative and have fun!
Sayuri~

A big Thank You to DRWolf for voicing the main antagonist, and Naoya Sakamata for the Japanese Localization!

In order to download this game you must purchase it at or above the minimum price of $5.99 USD. You will get access to the following files: 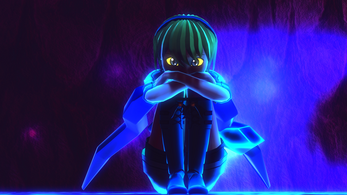 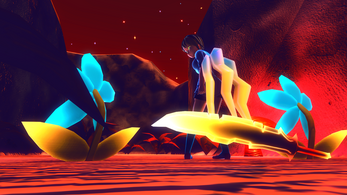 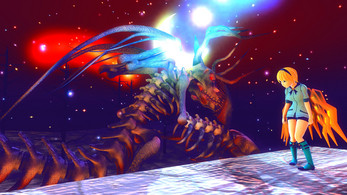 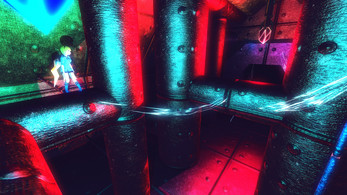